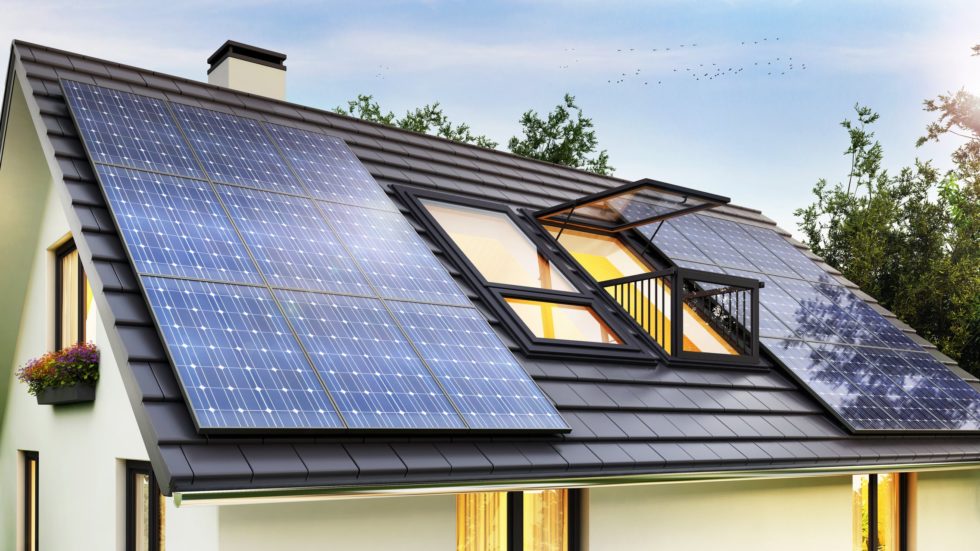 Homeowners who install solar panels receive numerous benefits: lower electric bills, lower carbon footprints, and potentially higher home values. But these benefits typically come with significant installation and maintenance costs. The magnitude of the gains can also vary widely from one house to another. This article will help homeowners make the correct decisions required to determine if solar panels are right for their homes.

The Nitty Gritty of Solar Power

Solar technology has been around since the 1950s. However, it has only been considered a financially viable technology for widespread use since the turn of the millennium.

Solar panel size is quoted in terms of the output potential in watts. However, the actual output of installed solar panels is between 15% and 30% of the potential output. A 3 kilowatt-hour (kWh) household system running at 15% capacity would produce roughly one-third of the typical electricity consumption needed for a U.S. household.

This can be misleading though, because there is no “typical” output. In fact, solar may make sense for one household, but not for the house next door. This can be attributed to the financial and practical factors you have to consider to see if they are right for your home.

Solar power is expensive. The main cost of owning a system comes upfront when buying the equipment. The solar panel itself will be the most expensive piece of the system. You will also need an inverter, metering equipment, and various housing components along with cables and wiring gear. Some homeowners also consider battery storage. However, batteries are prohibitively expensive and may be unnecessary if the utility pays for excess electricity that is fed into the grid. The installation labor cost must also be factored in.

There are some further costs associated with operating and maintaining solar panels. They need to be cleaned regularly and inverters and batteries (if installed) generally need replacement after a few years.

Solar Panels for the Home: Incentives

Determining subsidies available from the government and/or your local utility can prove more of a challenge. Government incentives change often, but historically, the U.S. government has allowed a tax credit of up to 30% of the system’s cost.

You can find more details on incentive programs in the U.S. including programs within each state on the Database of State Incentives for Renewables & Efficiency (DSIRE) website. Such information is often available on government or solar advocacy websites if you are in another country. Homeowners should also check with their local utility company to see whether it offers incentives for solar installation, and to determine what its policy is for selling excess power into the grid.

Solar Panels for the Home: Considerations

A significant benefit to solar panels is a lower energy bill. The magnitude of this benefit depends on the amount of solar energy that can be produced given the available conditions and the way in which utilities charge for electricity.

The first consideration is how much sun is available where the home is. The National Renewable Energy Laboratory (NREL) produces maps for the U.S. showing this. Homeowners can use the maps provided to help determine if their home is a good fit for solar energy based on how much the panels could produce. Government environmental agencies or renewable energy organizations in other countries offer similar maps and data. Homeowners should consider their home orientation as well. For example, a south-facing roof without trees maximizes the available solar energy. Panels can be mounted on external supports and installed away from the house if this isn’t an option.

You also should be aware of when solar power is produced and how utilities charge for electricity. Solar power is produced primarily during the afternoon and during summer. This works well with overall electricity demand because this is when air conditioners consume the most energy. This makes solar power valuable because other energy production methods (often natural gas power plants) used to meet peak energy demand tend to be expensive.

The problem is that utilities often charge residential consumers a flat rate for electricity, regardless of the time of consumption. This means that instead of offsetting the expensive cost of peak electricity production, homeowners’ solar power systems merely offset the price they are charged for electricity. This is much closer to the average cost of power production.

Many utility companies in the U.S. have introduced pricing schemes that allow homeowners to be charged at different rates throughout the day in an attempt to mirror the actual cost of electricity production at different times. This means higher rates in the afternoon and lower rates at night. A solar array may be very beneficial in areas where this sort of time-varying rate is used since the solar power produced would offset the most costly electricity.

Exactly how beneficial this is for a given homeowner depends on the exact timing and magnitude of the rate changes under such a plan. Similarly, utilities in some locations have pricing schemes that vary over different times of the year due to regular seasonal demand fluctuations. Those with higher rates during the summer make solar power more valuable. Some utilities have tiered pricing plans in which the marginal price of electricity changes as consumption rises. The benefit from a solar system on this sort of plan can depend on the electricity use of the home. In certain areas subject to rates that increase dramatically as consumption increases, large homes (with large energy needs) may benefit most from solar arrays.

Solar Panels for the Home: Benefits

Another benefit of a solar system is that homeowners can sell solar-generated electricity to utilities. In the U.S., this is done through “net metering” plans. This lets residential consumers use the power that they put into the grid if they produce extra energy to offset the power consumed at other times. The monthly electric bill reflects net energy consumption. The specific net metering regulations and policies vary across regions. Homeowners can refer to the DSIRE database and should also contact their local utilities to find more specific information.

The final benefit is the potential effect on a home’s value due to the addition of a solar array. It is reasonable to assume that solar panels would raise the value of most homes.

So let’s recap. First, there is an undeniable financial benefit to having lower electricity bills as a result of a solar array. Second, the trend toward “green” living means there is a growing demand for homes that have a smaller carbon footprint and are powered by renewable sources. Finally, buying a home with solar already installed means the investment is financed (for the homebuyer) through the mortgage. This ease of financing potentially makes solar more affordable for a homebuyer than buying a house without solar and subsequently adding a solar array.

The viability of solar power is usually decided by finding the “levelized cost of electricity” (or “LCOE”), then comparing it to the cost of electricity charged by the local utility. The LCOE for household solar is calculated as cost/kilowatt-hour ($/kWh or ¢/kWh). This is the same format commonly used on electricity bills. To find the LCOE, you can use the following equation:

The useful life of a solar panel is generally assumed to be 25-40 years. The lifetime cost of ownership includes the maintenance costs, which must be subtracted from the Net Present Value.

The LCOE can then be compared to the cost of electricity from a utility. Remember, the relevant price is that which occurs during times at or near peak PV solar production.

Pros and Cons of Solar Panels for Your Home

Like most things, solar power has its benefits and drawbacks. Some economic costs can be excused by the benefits to the environment and lowering your carbon footprint, which is worth more than the financial hit.

Can a House Run on Solar Power Alone?

It is not often possible. This is because solar only works when the sun is shining – which means when it is cloudy or nighttime, they do not generate electricity. There are some battery solutions to provide power during these times, but they still tend to be quite expensive. Most homes with solar panels still rely on the grid from time to time.

Do You Really Save Money With Solar Panels?

It is possible that the system can pay itself back and more over time, but it depends on your location. This is because you won’t be spending as much money buying electricity from your utility. You can reduce your bills even further if you can sell back some power.

How Much Does a Solar Panel Cost?

Prices have been coming down steadily over the years. The total cost will depend on how many kilowatts of power your array will generate. The cost for a solar panel system on an average-sized house in the U.S. in 2021 ranges from $11,000 to $15,000, after taxing tax credits into account.

How Long Will It Take for Solar Panels To Pay for Themselves?

It is important to remember that a solar system is a long-term investment. Solar power is a good choice from a financial perspective in many locations. Homeowners may wish to install solar power to avoid future changes in energy costs, even if the cost of solar power is found to be marginally more expensive than electricity purchased from a utility. They may also simply wish to use solar for “green” living.

If you’d like to learn more, just give us a call.

Hello! If you have any questions, leave your info below and we'll call you.